Representatives of Bank Gospodarstwa Krajowego participated in a study visit called Hydrogen 2022, which was organized by the Lower Silesian Institute for Energy Studies (DISE) in Wrocław. Participants had an opportunity to see operational hydrogen systems and take a closer look at how the hydrogen valley functions. Meetings with manufacturers of components and companies operating in the supply chain of the hydrogen sector were also included in the schedule.

The June’s study visit was an excellent opportunity to see German hydrogen systems that have been operating for years and to establish business contacts with potential partners and entrepreneurs.

It is the mission of BGK to support sustainable social and economic growth, whereas the energy transition is one of the most crucial developmental challenges. Hydrogen, in turn, has the potential to become the fuel of the future, whereas economies will transform to become hydrogen-based. Meetings such as Hydrogen 2022 make it possible to see the most advanced solutions and get to know the best practice in the European Union with regard to building solutions for the benefit of hydrogen economy. An additional advantage of such visits is their comprehensive nature. What I mean by that is the possibility to hear the opinions of engineers on technical aspects and directions of technological development, of engineers on financial models and market risks as well as of decision-makers who develop strategies, said Radosław Kwiecień, Member of the Management Board of BGK.

Participants visited the registered seat of ENERTRAG and a water and hydrogen power plant, which was launched by the company over a dozen years ago in Prenzlau. Since 2011, thanks to the possibility of using the excess wind energy, the company has been producing green hydrogen. Green hydrogen, which is produced by a 0.5MW alkaline electrolyzer, is used by industrial systems or for heating purposes. There is also enough energy for hydrogen fueling stations in the town nearby. 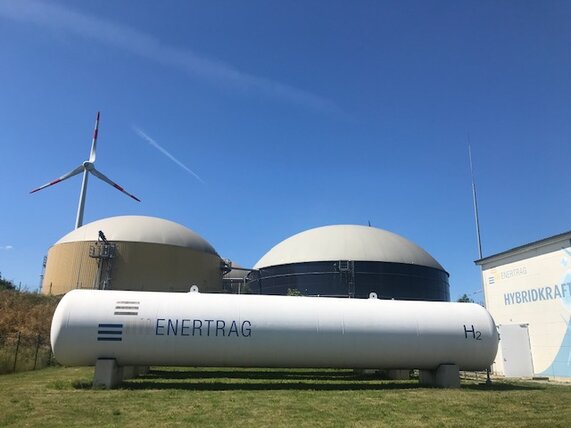 Another place visited during the trip was an over one-hundred-years-old chemical plant in Leuna, which has been gradually transforming into an industrial zone with hydrogen systems for many years of its activity. The plant gathers enterprises and is the proof of concept of hydrogen valleys which facilitate the entire hydrogen use process, including the most problematic one, that is transportation thereof. In the second half of 2022, Linde plans to launch the largest 24 MW PEM (Proton Exchange Membrane) electrolyzer in the world, which – thanks to 200 kilometers of pipelines – will provide liquefied hydrogen to industrial clients and gas stations in the region. In the future, this new system will make it possible to feed approximately 600 buses operating on fuel cells, which may cover 40 million kilometers and reduce the carbon emissions from exhaust pipes down to 40 thousand tons. 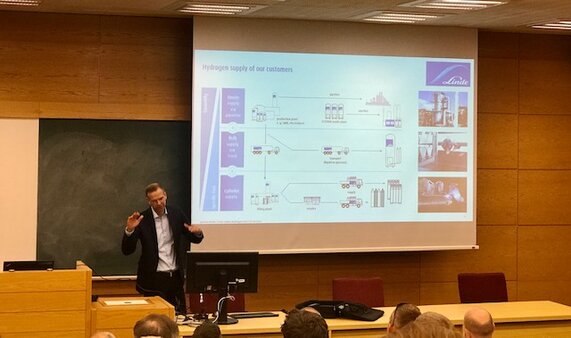 The itinerary also included the Siemens Energy plant which also produces green hydrogen. The plant supports the flexibility of the regional energy system of Wunsiedel district where it is located – by using electricity from renewable sources (photovoltaic panels and wind turbines), the electrolyzer located in the plant produces hydrogen fuel which is a warehouse of excess energy. Apart from hydrogen, the industrial plants nearby also use oxygen and waste heat used in electrolysis.

For financiers, such visits, particularly accompanied by experienced engineers, is a great portion of expertise, said Joanna Smolik, Director of the Department of Strategic Relations at BGK. When providing funds, in particular in the case of innovative projects, understanding technological issues is very important as well. This allows us to assess the risk of a project well and tame such risk in many cases. 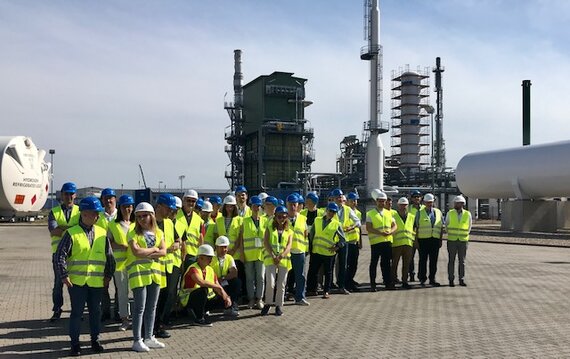 BGK representatives agreed that such visits are valuable as they allow them to take a look at operational large-scale solutions and take advantage of other countries’ experience. It is commonly known that it is best to learn from someone else’s mistakes. Observations of developed systems and their empirical assessment may constitute an invaluable source of knowledge for our Polish champions such as PKN Orlen, KGHM, Grupa Azoty or PGNiG, which are leaders of hydrogenation of our economy.

The German energy sector has been developing towards green energy sources longer than Poland and has more tangible effects in this area. However, this does not mean that the difference between Poland and Germany with regard to the development of hydrogen economy is huge. Hydrogen power industry is at an early stage of development and either country is at the beginning of its voyage. Therefore, it is good to hop on the hydrogen train now instead of waiting for others to make a larger progress before us, added Łukasz Beresiński, Director of the Industry Analysis Department at BGK. 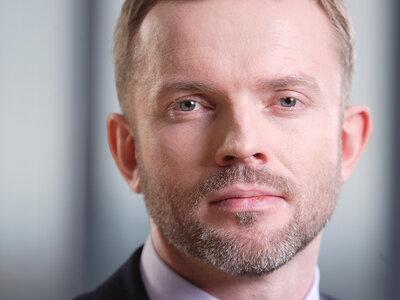 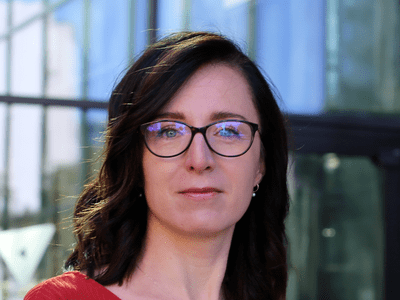 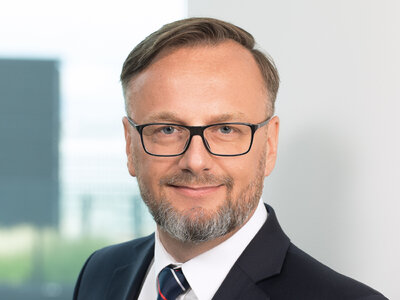 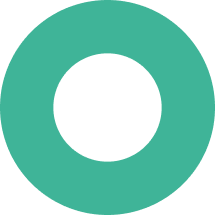 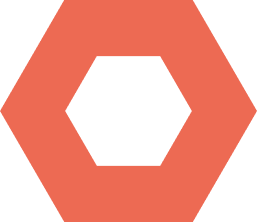